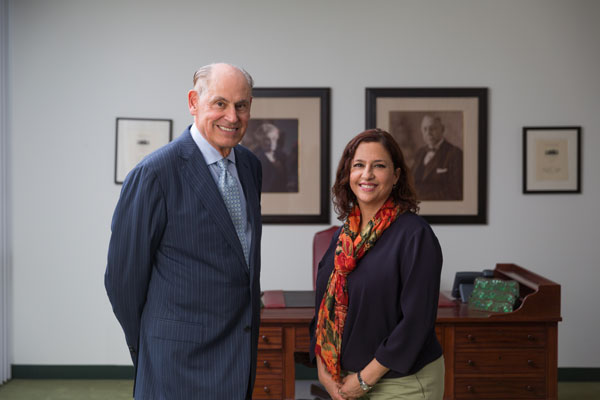 Mr. William J. Burke joined the Haynes Foundation In June 2007 as the successor to Diane Cornwell who retired as Administrative Director after 20 years in the position.

Mr. Burke holds a Master’s degree in Engineering from the University of California, Berkeley and a JD degree from the Northwestern University School of Law. In the last 25 years, Mr. Burke has served in a variety of management and legal roles in the fields of technology, international joint ventures and government contracts. He joined the Haynes Foundation in June of 2007. Bill may be reached at bburke@haynesfoundation.org

Ms. Camacho holds a BA degree in Liberal Studies and a Master’s degree in Public Administration from California State University, Northridge. Ms. Camacho may be reached at dcamacho@haynesfoundation.org